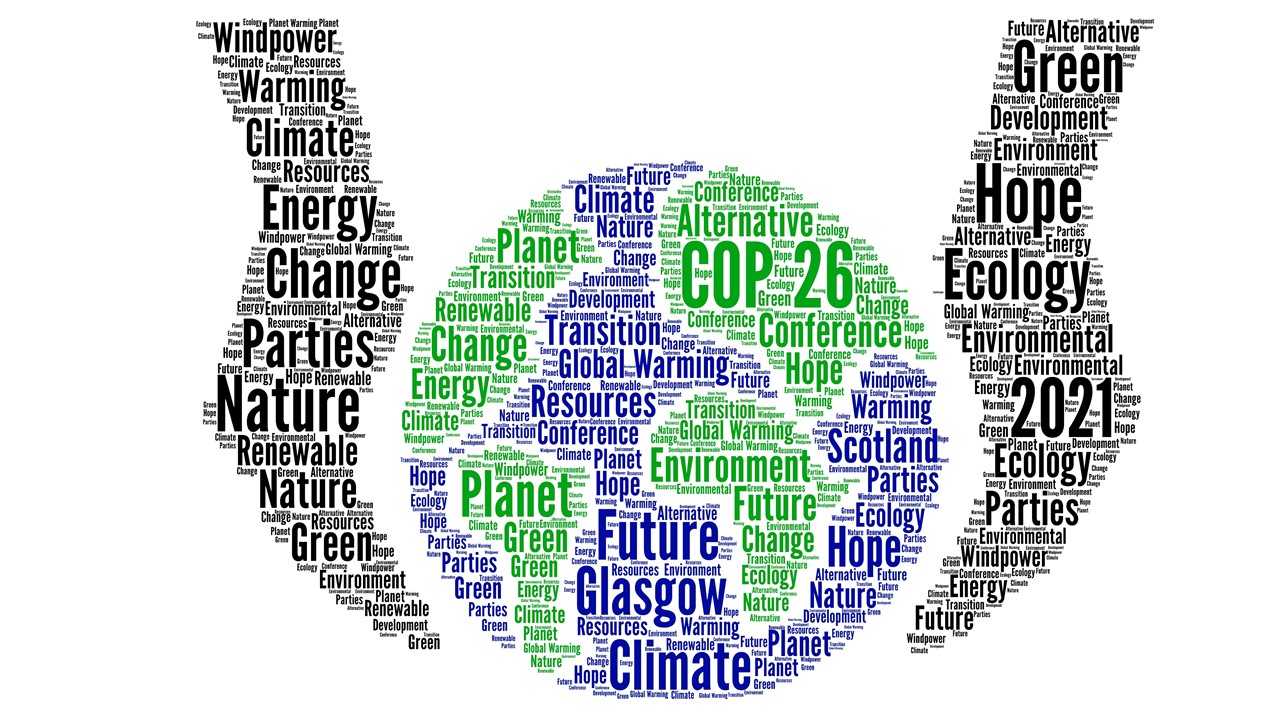 It seems an age since all the world leaders gathered in Glasgow for COP26. So, this month we consider “Good COP / Bad COP”.

“Your actions matter. No action or voice is too small to make a difference.”

There has been a great deal of debate as to whether COP26 was a success or failure.

Activists like Greta Thunberg argue it was a failure, stating

“It is not a secret that COP26 is a failure. It should be obvious that we cannot solve a crisis with the same methods that got us into it in the first place.”

She is not alone as many analysts highlight that it didn’t reach the goals it set itself. These included renewing the targets for 2030, that align limiting warming to 1.5-degrees, and an agreement to accelerate the phasing out of coal.

But it was not all bad news.

124 countries pledged to end deforestation by 2030, there is a commitment to help developing countries already suffering from the impact of climate change and there is an estimation that if all the promises made come to pass then we are heading towards a 1.8-degree world (not far from the 1.5-degree target).

The biggest challenge is how we pay for all of this, and Glasgow saw major banks, investors, and insurers pledge trillions in green funding.

When we look at COP26 and discuss whether this was a success or failure, there are two things that spring to mind.

Firstly, we are already in the depths of a climate crisis. Whether it is extreme heat, floods, or tsunamis, the world is creaking and we know that.

To bring this to life for coffee drinkers, it is estimated that the world could lose half of its best coffee-growing land under a moderate climate change scenario. The implications are that coffee could move from a cheap everyday drink to a prized treat to be sampled on only special occasions!

Secondly, we know that if we do nothing then there will be no world for future generations. If we consider extreme heat, floods etc, these will get worse. Doing nothing means that many parts of the world will be uninhabitable, and this not only means a displacement of people but also has implications for the supply of food.

We have undoubtedly gone through many years of inaction. That is changing and it is changing fast. Across every country, company and sector profound change is coming. COP26 may have been disappointing but individuals, companies and governments will force change to happen. People want a more sustainable world.

We recently listened to an update from the FCA, and they talk a lot about sustainable investments and how they want to make it easier for retail investors to find what they want. They see investments as a clear way to provide funding, and we expect to see more guidance from them over the coming months (they have already issued several papers over the last 12 months).

When we talk about profound change it will also impact the way we invest. Thinking about whether a company is doing the right thing for the environment is a given. Those companies that fight against this will suffer, not only a backlash from investors but also in funding, where banks are likely to hold back from providing support to “dirty” companies.

Although the amount invested in responsible funds in the UK is small, this is the area currently taking most of the new money.

The direction of travel is heading in one way! As asset allocators we must think about this. It is also clear that when we talk about climate change this is not the only change that is happening. Social inequality is significant and governments across the world are looking to address this. Companies can no longer treat customers and staff badly; social media can destroy a company overnight.

In summary, perhaps we shouldn’t be asking whether the Glasgow gathering was good or bad, but more ask ourselves what impact it has on the way we invest. If we accept that climate change and social inequality is happening now, and that the pressure from the ground and from governments is there to make change happen, then we must also accept that profound change is coming. The recent market volatility is impart due to the muddled transition from fossil fuel to renewables, and it shows the path will not be smooth. But the path is being travelled, it will not be smooth, but to ignore it will have negative financial implications.

The start to this year has been a rocky ride driven by several factors, including geopolitical tensions (Ukraine and Russia), the energy transition, inflation, increased taxes, and speed of interest rate rises in the US. As a result, the table has a lot more negatives than positives!

What is in, and what is out?

At the bottom there were no clear pointers, with funds across clean energy, global strategies, emerging markets, healthcare, and tech all included within this. The bottom three were Baillie Gifford Global Discovery -38.9%, iShares Global Clean Energy -37.2% and Alger Small Cap Focus -37.0%.

Looking at data from the Investment Association up to the end of November, it was interesting to see £426 million moved away from North America. Other large negatives were UK All Company £545 million and Mixed Bonds £398 million.

The winners seemed to be specialist, managed and global strategies which would point to investors seeking less volatile or alternative investment options.

The bubble may be in some of the highly valued growth stocks, which can become the next market leaders but are in early stages of development. When markets correct, they tend to be indiscriminate and don’t look at the underlying fundamentals. We would argue that now there is under investment in responsible investments, and clearly plenty of opportunities.

In summary, January was tricky driven by several factors. Value stocks like energy again benefited, whilst growth and small cap stocks suffered the most. In November investors clearly started to seek safer assets and perhaps this recent downturn has opened opportunities.

During January we met with 15 fund managers and have several meetings planned in the coming weeks. We will write up the notes and make them available on our website shortly.

We listened to a fascinating discussion from Premier Miton. They argue that several factors mean that we are in a period of significant change. They also believe that in the world we are entering, it is the UK that can offer investors something different, especially in the mid and small cap arena. This is less about the economy but more about the companies which are very different to the market leaders over the last ten years. They went on to suggest that the UK could significantly outperform the US for ten years or more.

The Anatomy of a Recession from Templeton provides a traffic light system to where we are in the cycle. Despite the short-term noise, they argue we are in an expansion phase. There are several factors they consider, including a strong and healthy labour market, consumer optimism and peaking inflation. Both consumers and companies have money to spend and this is helpful to economies recovering.

They then argued that equities are the place to be and “there is no alternative (TINA)”. They feel that equities look more attractive compared to any other asset class. However, the speed with which we are moving through this cycle will drive greater volatility, and returns will be lower and more laboured.

General disclaimer: The data has been sourced from external sources and although we have looked to ensure this is as accurate as possible, we are not responsible for data they supply. The view on COP26 and the market is written in a personal capacity and reflects the view of the author, it does not necessarily reflect the views of LWM Consultants. Equally the views under talking shop are those of individual fund managers. Individuals wishing to buy any product or service because of this blog must seek advice or carry out their own research before making any decision. The author will not be held liable for decisions made because of this blog (particularly where no advice has been sought). Investors should also note that past performance is not a guide to future performance and investments can fall as well as rise.