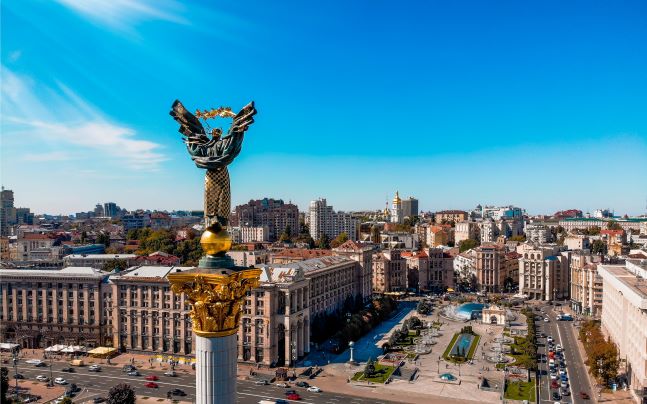 After months of heightening tensions Russia appears to be invading not just the separatist regions of Luhansk and Donetsk as many expected, but the whole of Ukraine.

What is puzzling to many is the very heavy price in terms of economic retaliation Russia will suffer and why this is deemed worth it. Putin’s speech to the Russian people on Monday was very long on the history of the region and the perceived humiliation of a neighbouring country being so pro-West.

If Ukraine joins NATO, there is no invasion option open to Russia then as full military war would result with ALL NATO members. So, it appears it’s a now or never calculation with the costs deemed acceptable. Old 20th century thinking for sure, but Putin is old school Russia to his core.

Putting aside the apparent ‘old Russia’ view of a security threat from neighbours which is plainly not real today, the question from an economic perspective is what happens now, what are the repercussions and fall outs.

The first thing to say is that the West won’t put boots on the ground in Ukraine. There is virtually zero risk that they escalate this to a military confrontation. So, it’s likely contained to Ukraine and plays out with the aim presumably of a regime change to a pro-Russian government which shuns future Western integration.

From an economic standpoint the key area of concern to the West is energy supplies. Nord Stream 2, the gas pipeline from Russia into to Germany was due to come online recently but has, of now, been mothballed.

The European energy situation is currently strained with much higher prices, so this is far from ideal timing although it’s toward the end of winter, so less so initially than if this was happening in October. The Germans have an additional problem in having (post Fukushima) decommissioned their nuclear power stations.

The US are relatively unaffected by this situation, it’s Euro centric and they have considerable liquified natural gas supplies. It can help by shipping to Europe but that would not be sufficient to replace volumes taken from Russia. The U.K. only uses a relatively small amount of Russian gas, about 3% of total usage so is in better shape in this regard.

In the early 1970s a huge concern for the US was the potential for a strategic alliance between Russia and China. The Vietnam war was raging, and China was backing the North Vietnamese against the South and US. Back then it would have been an ideological alliance but today it would be a more pragmatic one.

‘The enemy of mine enemy is my friend’

It is important to factor in Russia borders China and Russia is the most natural resource rich country in the world. China has few natural resources and a voracious need of them.

The West is plainly deeply aware of effectively uniting the two largest and most antagonistic countries it deals with.

Both China and Russia for their part are both quite happy to disrupt Western economies and by extension Western Governments. A flaw in Democratic governments is they require regular elections which are effectively a mandate on the happiness of the population.

The pandemic as an example hugely destabilised the West initially but equally ongoing. It now has massively higher Government debt, high inflation, and the perceived need to hike interest rates which lowers stock markets fearing a choking of demand, which just makes people far less satisfied with their lot.

A final point however is to look at the effect on markets of big geopolitical events:

They are surprising but not as impactful as one would think. As an example, the line for the Russian invasion of Crimea.

Note: This is written in a personal capacity and reflects the view of the author. It does not necessarily reflect the view of LWM Consultants. The post has been checked and approved to ensure that it is both accurate and not misleading. However, this is a blog, and the reader should accept that by its very nature many of the points are subjective and opinions of the author. Individuals wishing to buy any product or service as a result of this blog must seek advice or carry out their own research before making any decision, the author will not be held liable for decisions made as a result of this blog (particularly where no advice has been sought). Investors should also note that past performance is not a guide to future performance and investments can fall as well as rise.