Up, up and away

The Indiana Jones replica that is Mr George Ladds is pictured below helping to secure a balloon that landed in his street after taking off from the Bristol Balloon Fiesta; is there anything this man doesn’t do (apart from a proper day’s work?!) 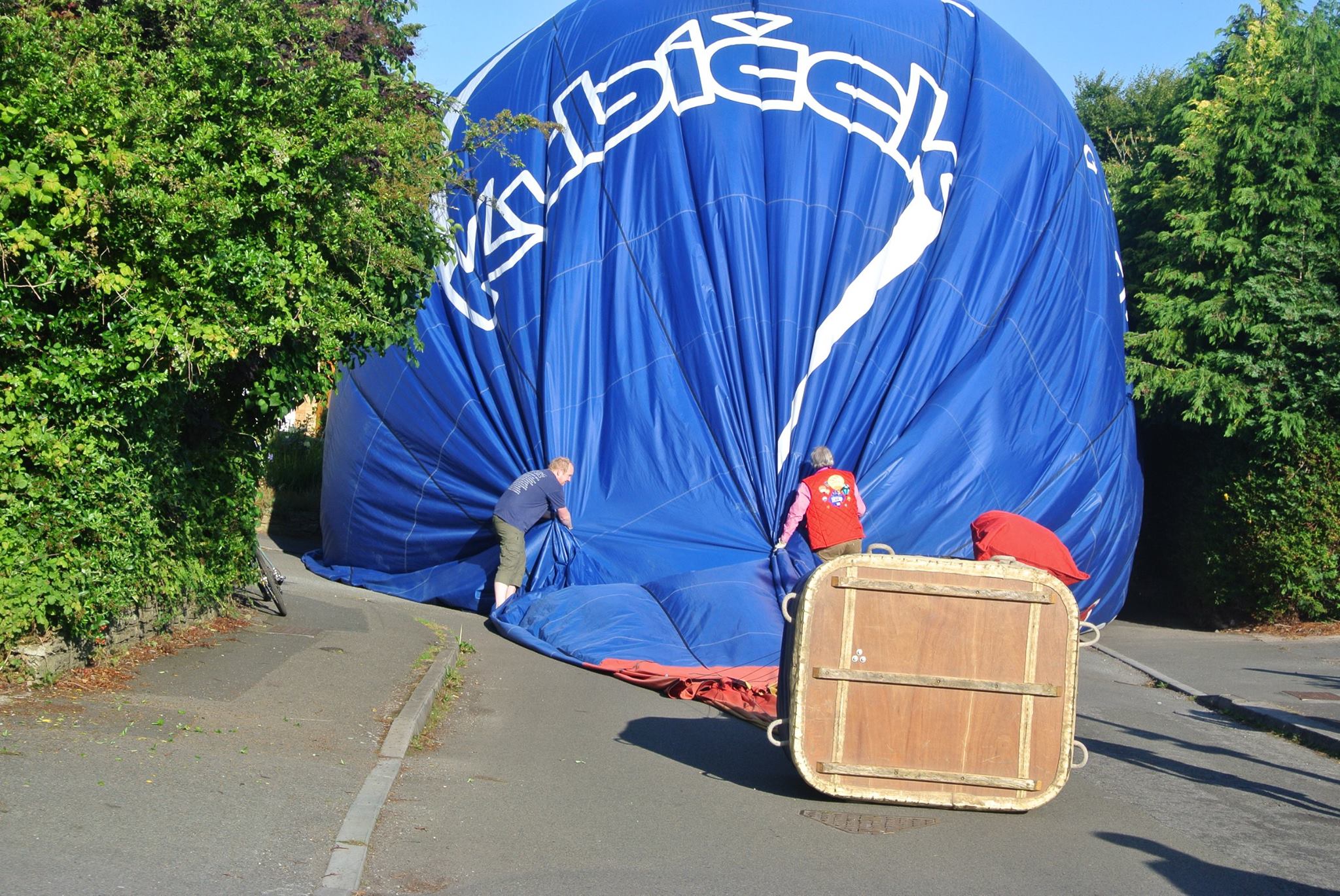 What else is up?

The question “which are the healthiest economies right now?” would yield the answer as the U.S. and probably the UK; of which neither market is up really this year.

Conversely if you asked, “which Countries have major issues?” you’d list amongst others China, Italy, France, and Russia.

The only top performing market that was reasonably predictable would be Japan, due to the whopping amount of current stimulus and the effective market ‘put’ of the promise to increase it if necessary.

Oil rallied mid-year but is now retesting lows; the U.S. / Iranian deal will allow them to restart oil exports and it’s been estimated that up to 40 million barrels are currently stored that can be released pretty quickly. So if the supply / demand balance was iffy before, it’s a lot more unbalanced now.

China has suffered a significant market correction over the last six weeks after shooting up previously.

It’s important to remember that markets there are very immature, the Chinese population like a flutter and have embraced buying stocks on margin as a new type of casino game.

It’s all a bit reminiscent of when the child got supersized in ‘Honey I Blew up the Baby’.

Add to this the increasing scepticism of the state’s official growth figures and the apparent willingness to pump in extra liquidity if things look dodgy, and you have all the ingredients for a wild ride (markets still up 14% year to date though).

The U.S. looks pretty likely to initiate rate rises in September which is no bad thing.

Their growth is decent, oil prices are down which stimulates the economy, unemployment is around 5% which is fine so why not gently start to normalise the cost of borrowing?

As a large holder of US financial stocks I’m all for it; the dollar will strengthen and their Net Interest Margins will widen (increasing profits) so get on with it already!

NOTE: This is written in a personal capacity and reflects the view of the author. It does not necessarily reflect the view of LWM Consultants. The post has been checked and approved to ensure that it is both accurate and not misleading. However, this is a blog and the reader should accept that by its very nature many of the points are subjective and opinions of the author. This is not a recommendation to buy any product or service including any share or fund mentioned. Individuals wishing to buy any product or service as a result of this blog must seek advice or carry out their own research before making any decision, the author will not be held liable for decisions made as a result of this blog (particularly where no advice has been sought). Investors should also note that past performance is not a guide to future performance and investments can fall as well as rise.